A story of the wind*

In 1989, in his last documentary, filmmaker Joris Ivens seeks to capture the moving air in the desert.

Coveted, the wind is rare, mysterious. It becomes metaphysical. It carries the memory of sounds, songs, life and death, slavery and freedom. The film imposes two faces on the wind: limpid, conducive to dreams and which renews the sound and regular movement of the wings, but also absent – undefined, disordered and necessarily disturbing: the lack of air, of movement and, consequently, of speech.

If the documentarian needs to be perceptive, if his vision must cross the shiny surface of appearances, his job is not to mechanically record reality, but to extract from it a meaning related to his own experiences. In this context, “Uma História do Vento” is a self-portrait of the artist who goes back to the past to collect scattered moments of existence, from which “this red thread intertwined with the plot of days” emerges.

Born in Icoaraci, Pará, Osvaldo Gaia had his eyes trained by the plasticity of roots, sails, hooks, cocoons, canoes and streams. From this observance memory and poetry are intertwined, a rescue of riverside knowledge that his hand reveals in light poetic plots. Everything is air, balance, softness. Engineerings that are articulated in space in a complex game of wood, pulleys and lines that lead the eye to the eternal pleasure of seeing mundane things in a penetrating plastic perfection.

The wind of Gaia is an unpredictable entity that it uses as a mirror to its own history, it is in it that the characters of a distant, pre-industrial universe, prior to the meaning of progress, can be found. It is a face of the world that is now transfigured into poetry, in the reassuring and continuous universe of childhood, where each work is a sensitive image of time, from the representation of birth in mysterious cocoons, to the meticulous balance
of candles and hooks.

Between presence and absence, “Vamos Chamar o vento” tells the story of a life governed by the rhythm of rivers and the balance of nature through the transfiguration of everyday objects into objects of art. There is a mystical identification in the exhibition between the beginning and the end, as if birth, memory, existence and death could merge into a single thing.

Like Joris Ivens, Gaia’s “sculpture machines” extend the movements and desires of a particular world and make the invisible palpable. In the eyes of artists, art is, above all, a wind instrument. 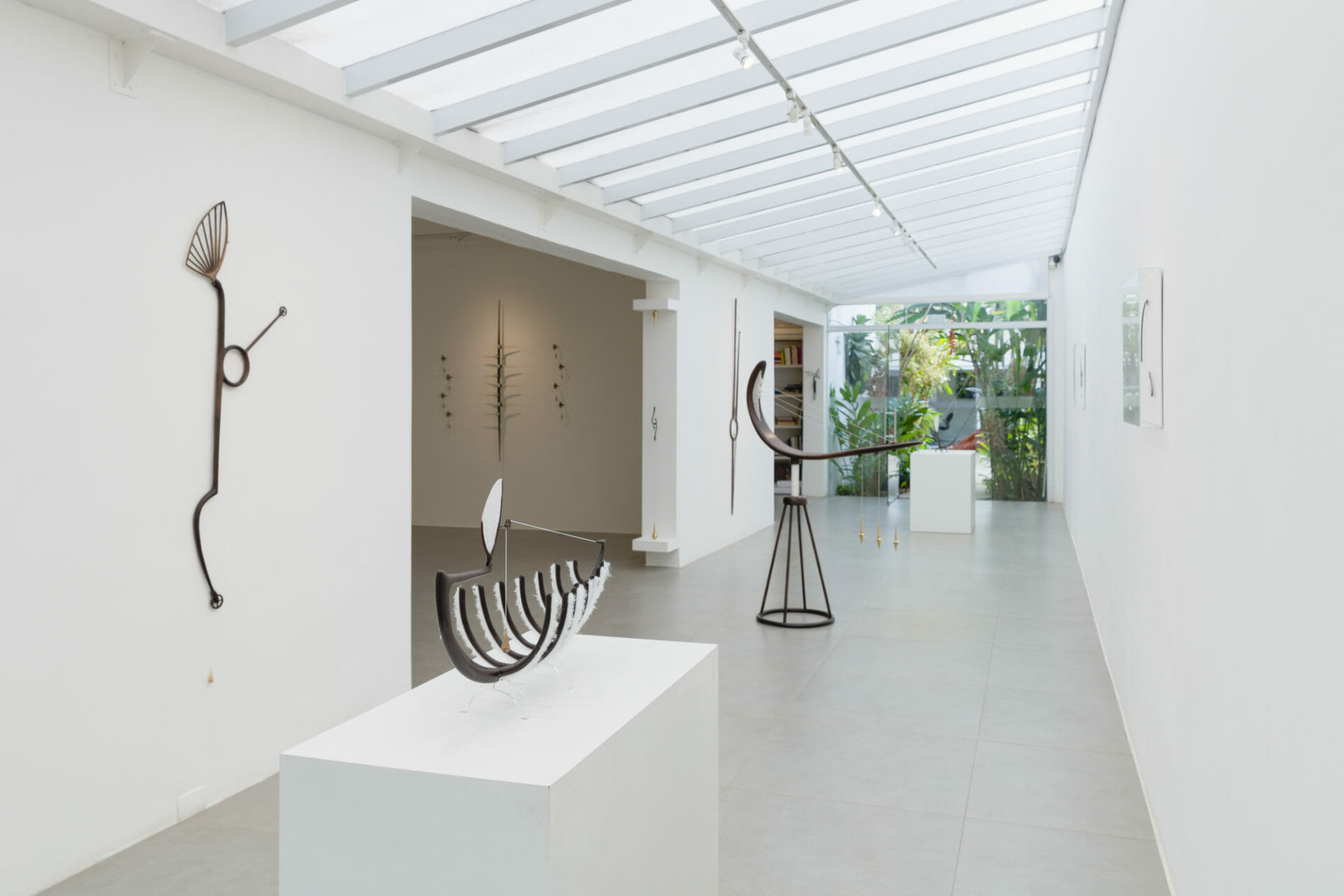 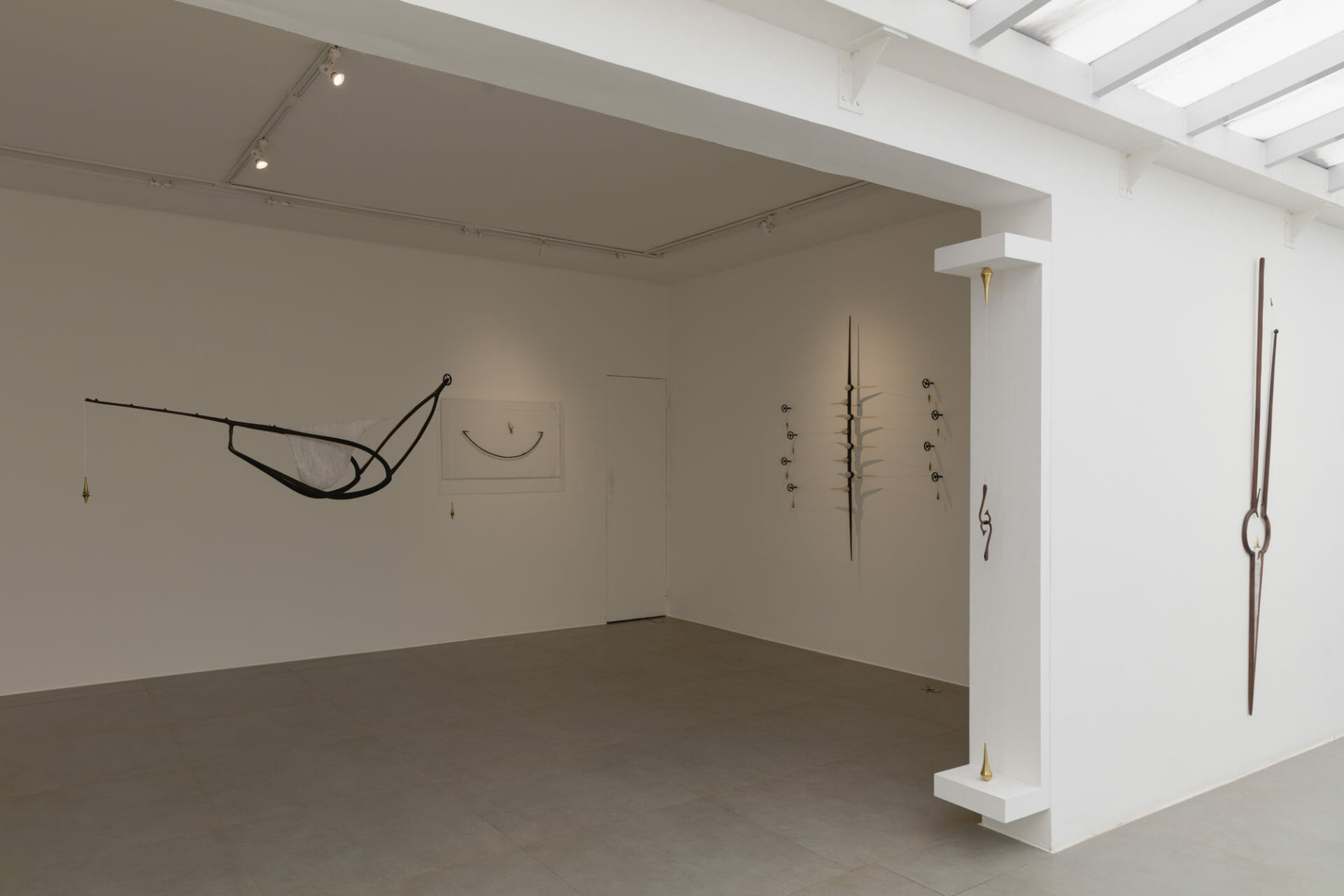 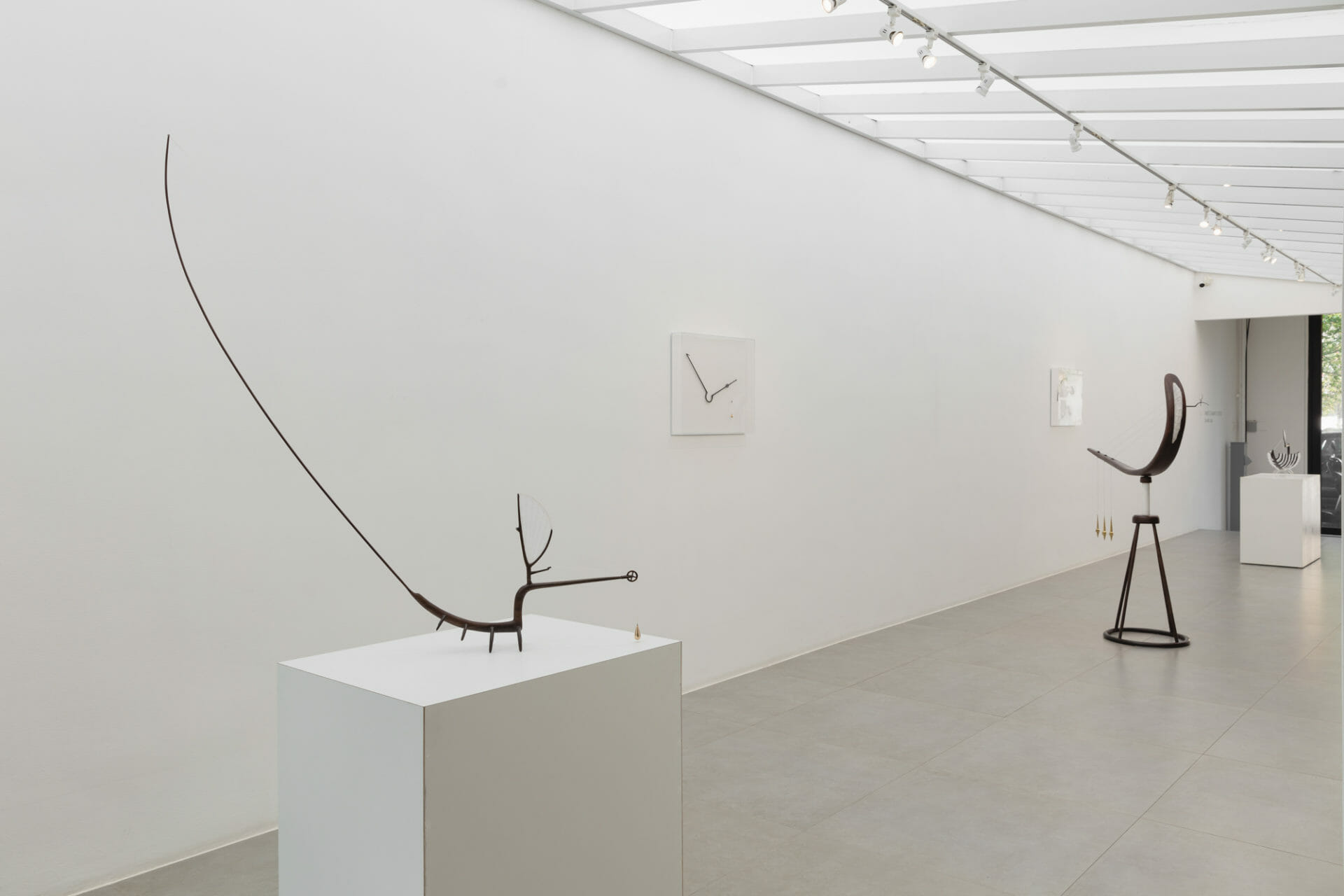 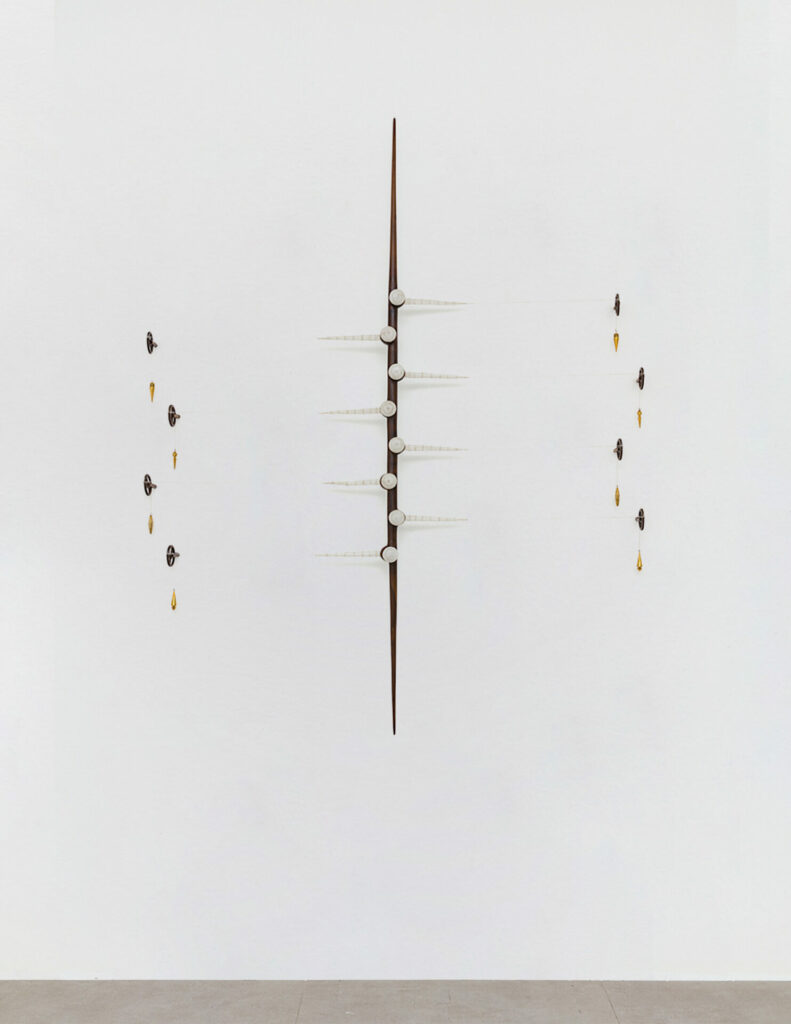 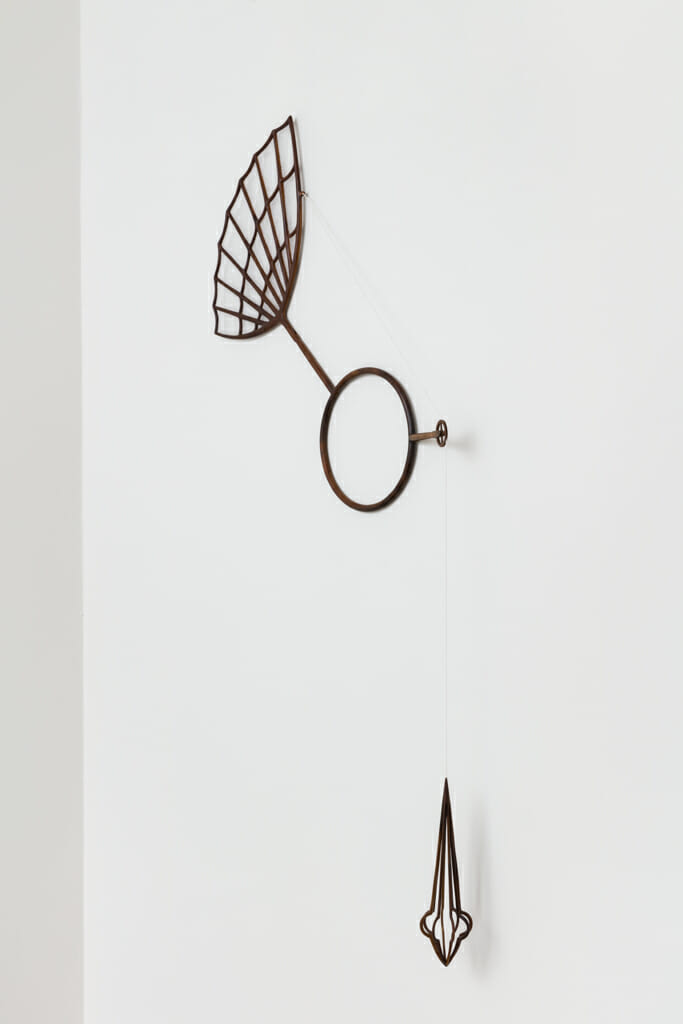 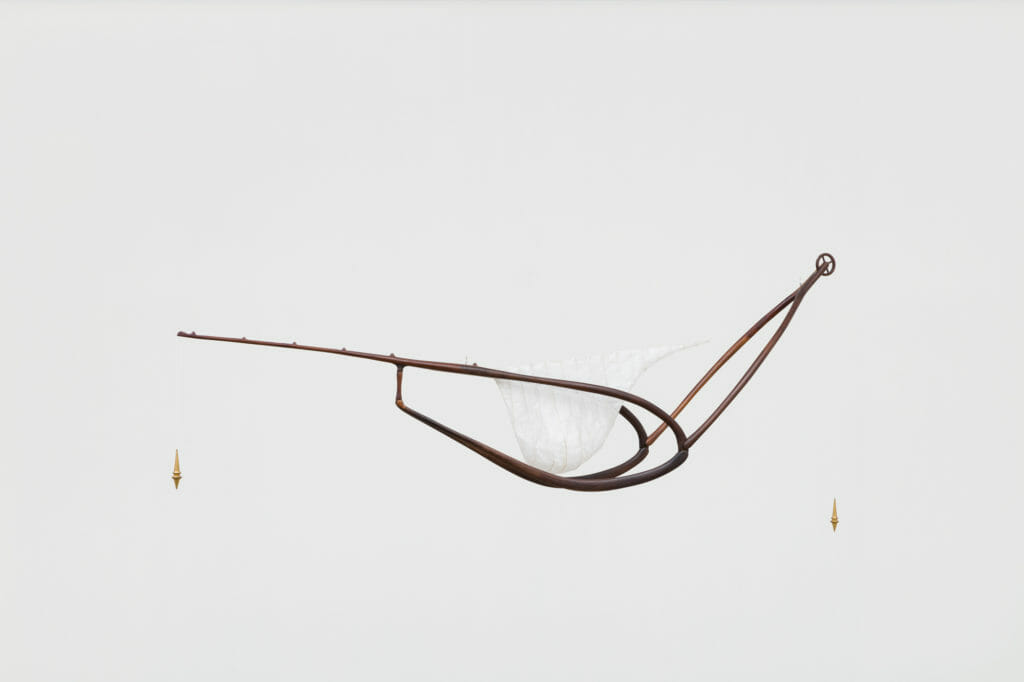 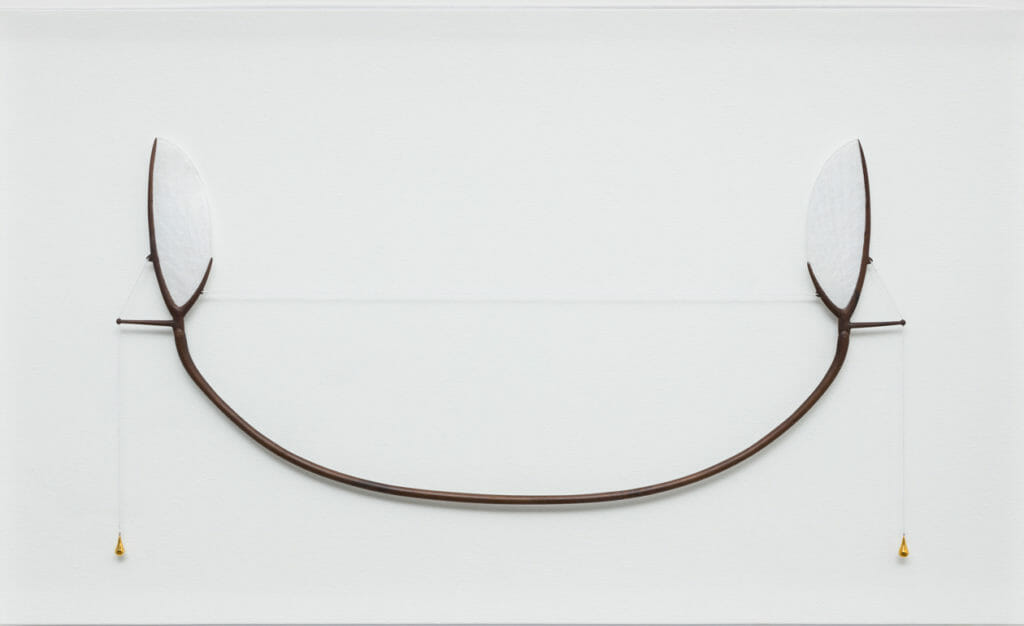 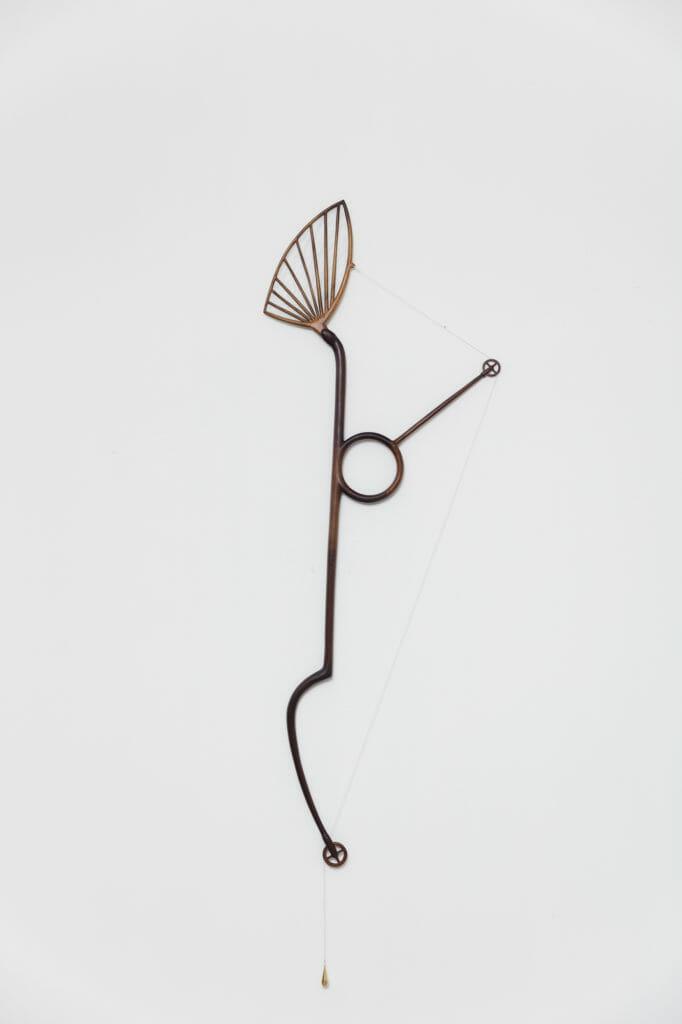 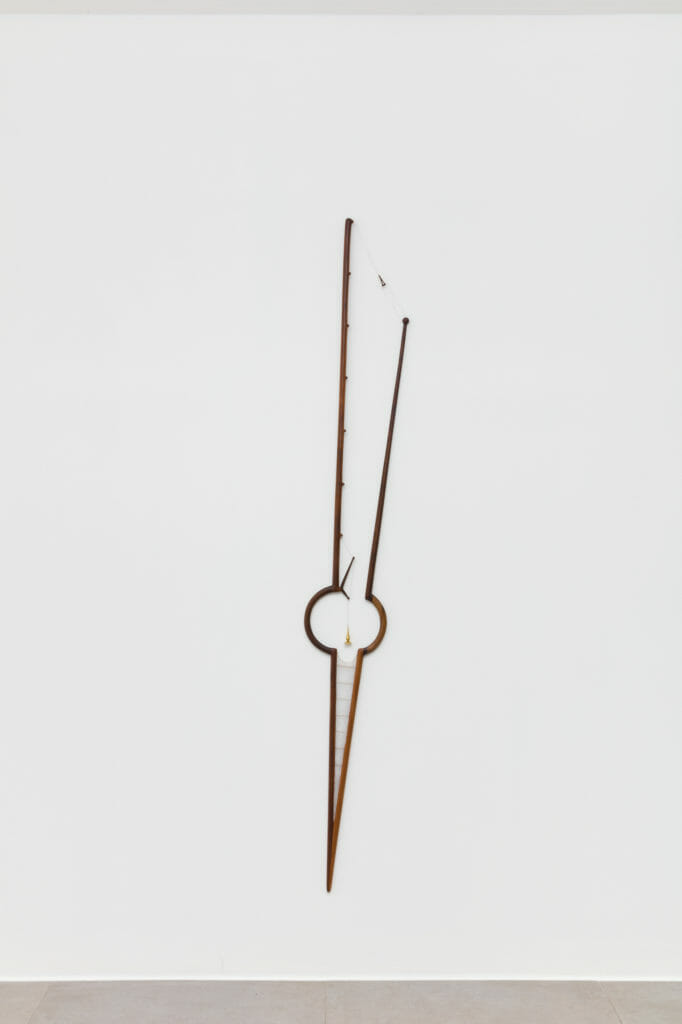 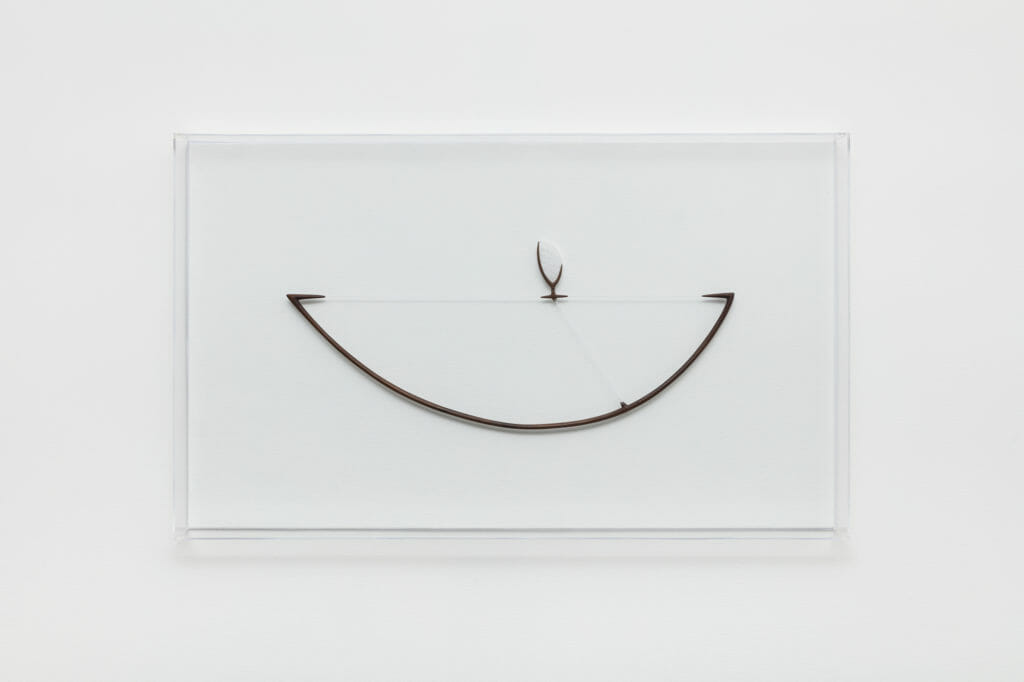 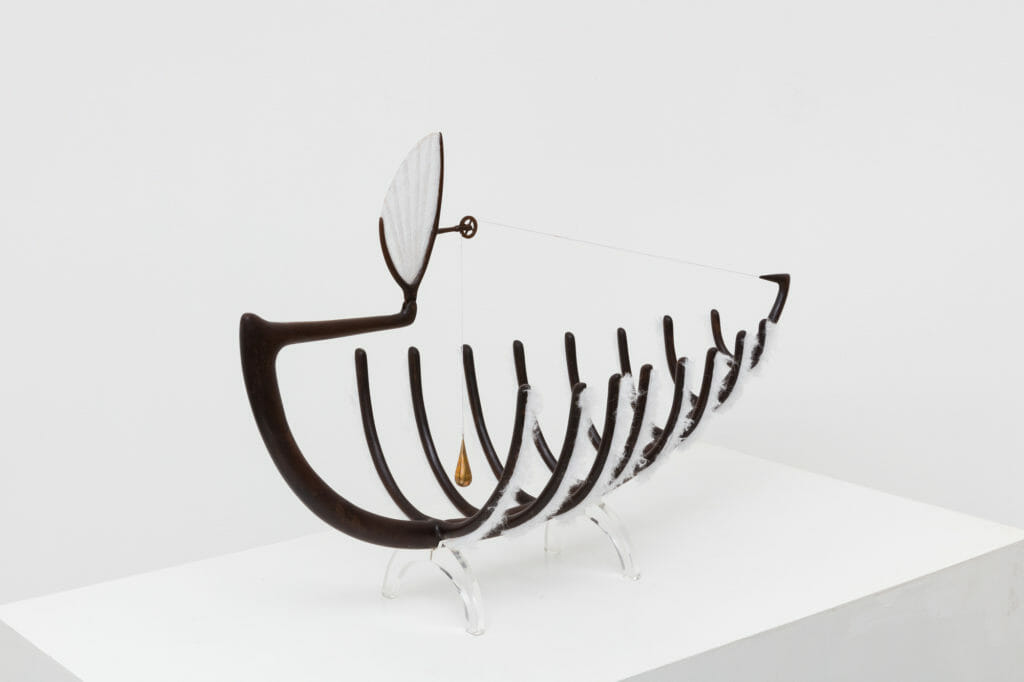 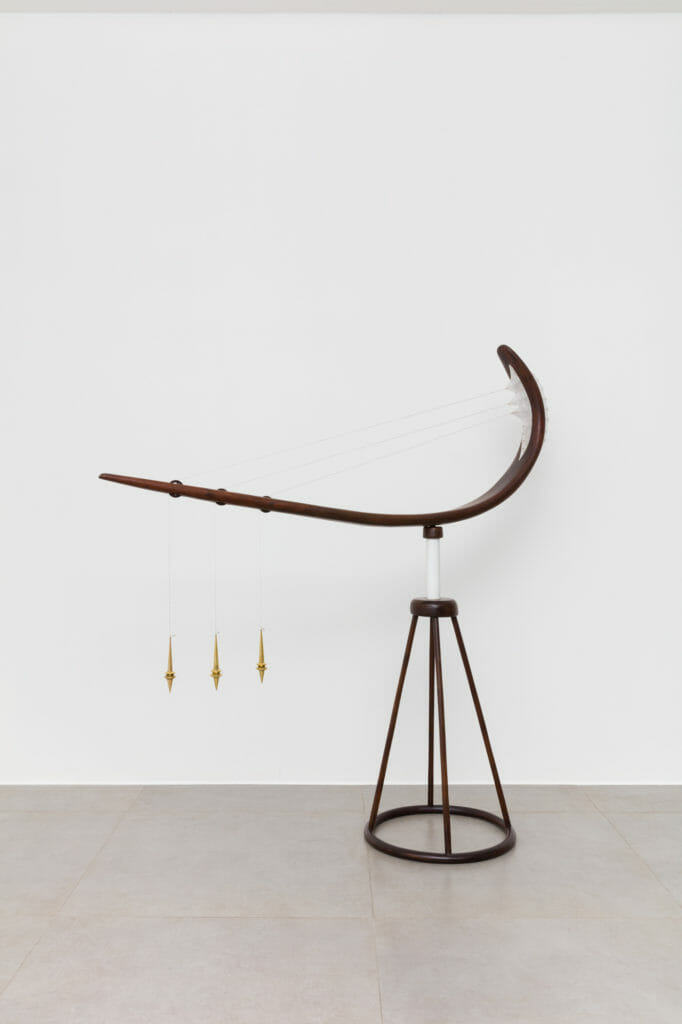 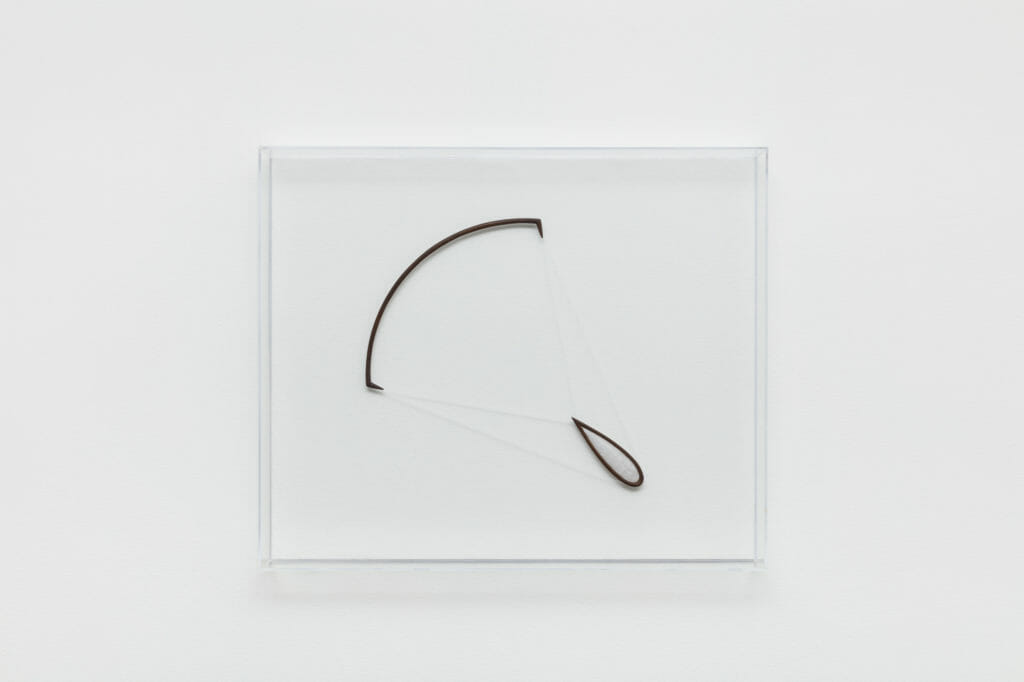 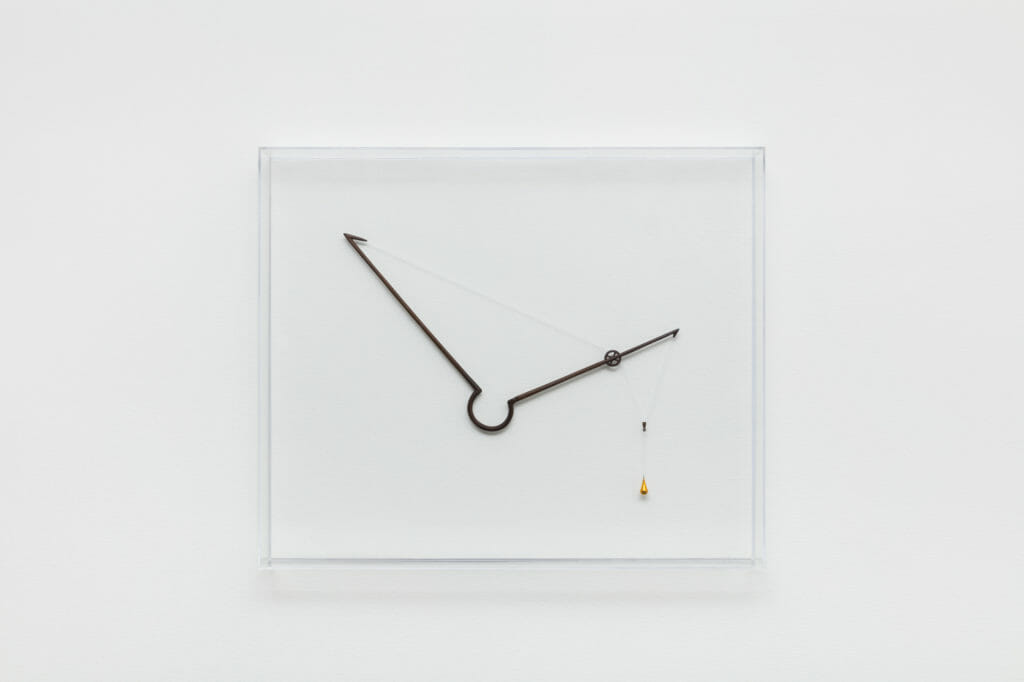 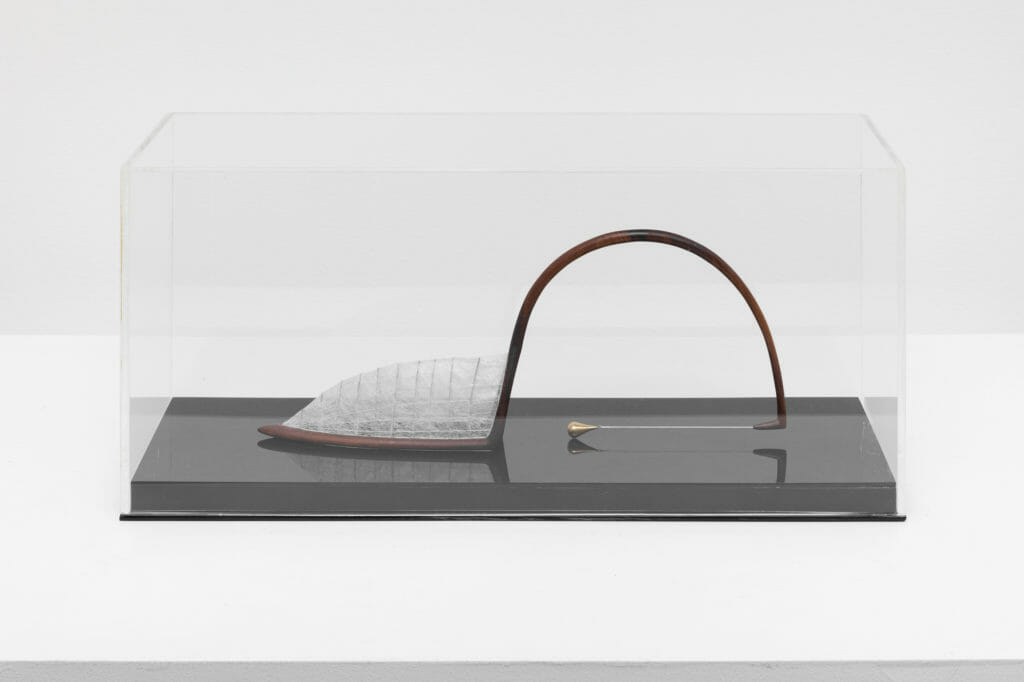 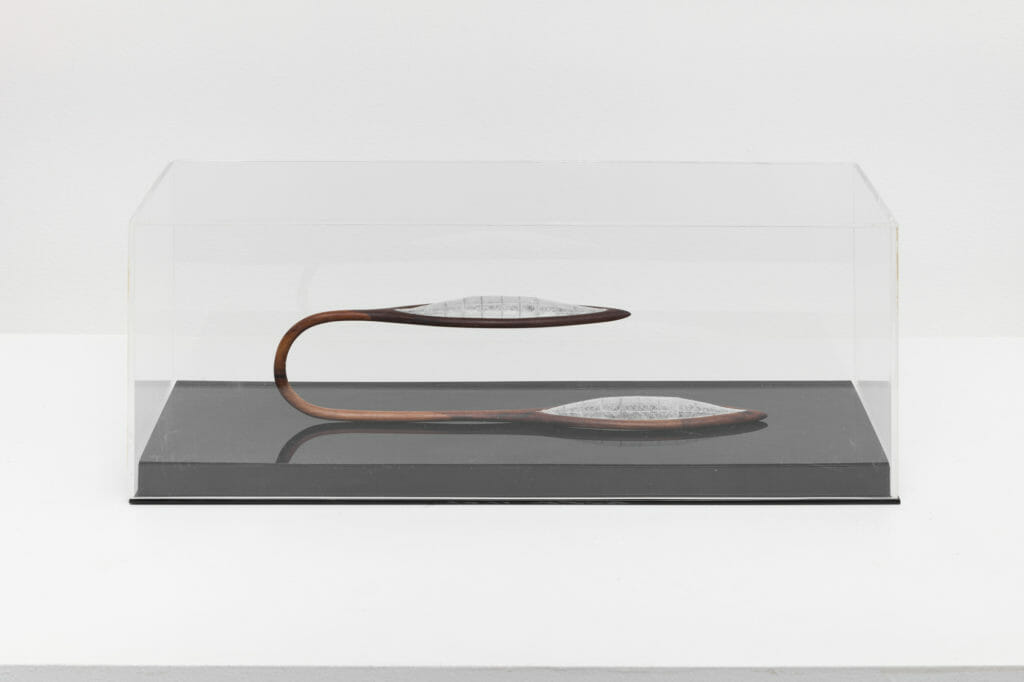 , 2020
Osvaldo Gaia
madeira, acetato, linha e manta,
18 x 50 x 15 cm,
1
https://galerialume.com/en
We use cookies on our website to give you the most relevant experience by remembering your preferences and repeat visits. By clicking “Accept All”, you consent to the use of ALL the cookies. However, you may visit "Cookie Settings" to provide a controlled consent.
Cookie SettingsOk
Manage consent