Images and objects superimposed in order to provoke the revelation of new spaces in already known environments. Redraw the world around us and then rediscover it. This is the backdrop for Entreaberto, the first solo show by São Paulo artist Amalia Giacomini at Galeria Lume, which will represent her as of this year.

Curated by Paulo Kassab, the show, which opens on February 2nd, features 14 works, including panels and installations, which refer to geometric models built in the gallery space.

The works are representation schemes of space in the exhibition environment, in addition to the outside world. This, in turn, is reflected by daydreams and by the spectator’s relationship with the object.

“There is no longer a split between subject and matter. Between being and being, the palpable and the oneiric. In Giacomini’s works, we can recognize ourselves again with the space and, in this case, be the space where we are”, says the curator.

Among the works presented are some acrylic panels from the series Memória Superficial (2015). On a solid background of a single color, rectangles and squares are superimposed, suggesting to the observer the reminiscence of a building. “They are simple images, which resemble doors and windows and whose openings are crossed by light. There is the minimum for understanding an architectural situation, based on the representation of dry spaces”, says Amalia.

Among the artist’s unpublished works is Janela sem vista (2017). Constructed from metal frames and glass plates, the object refers to the idea of ​​a window, whose shape depends not only on the viewer’s point of view, but on their interaction with it. On the other side, however, a white wall takes the place of any view. The window – which is not a window, since it is not preceded by an opening in the construction – is understood as such. It is a non-object that is defined by a system of representation common to the one who observes it. 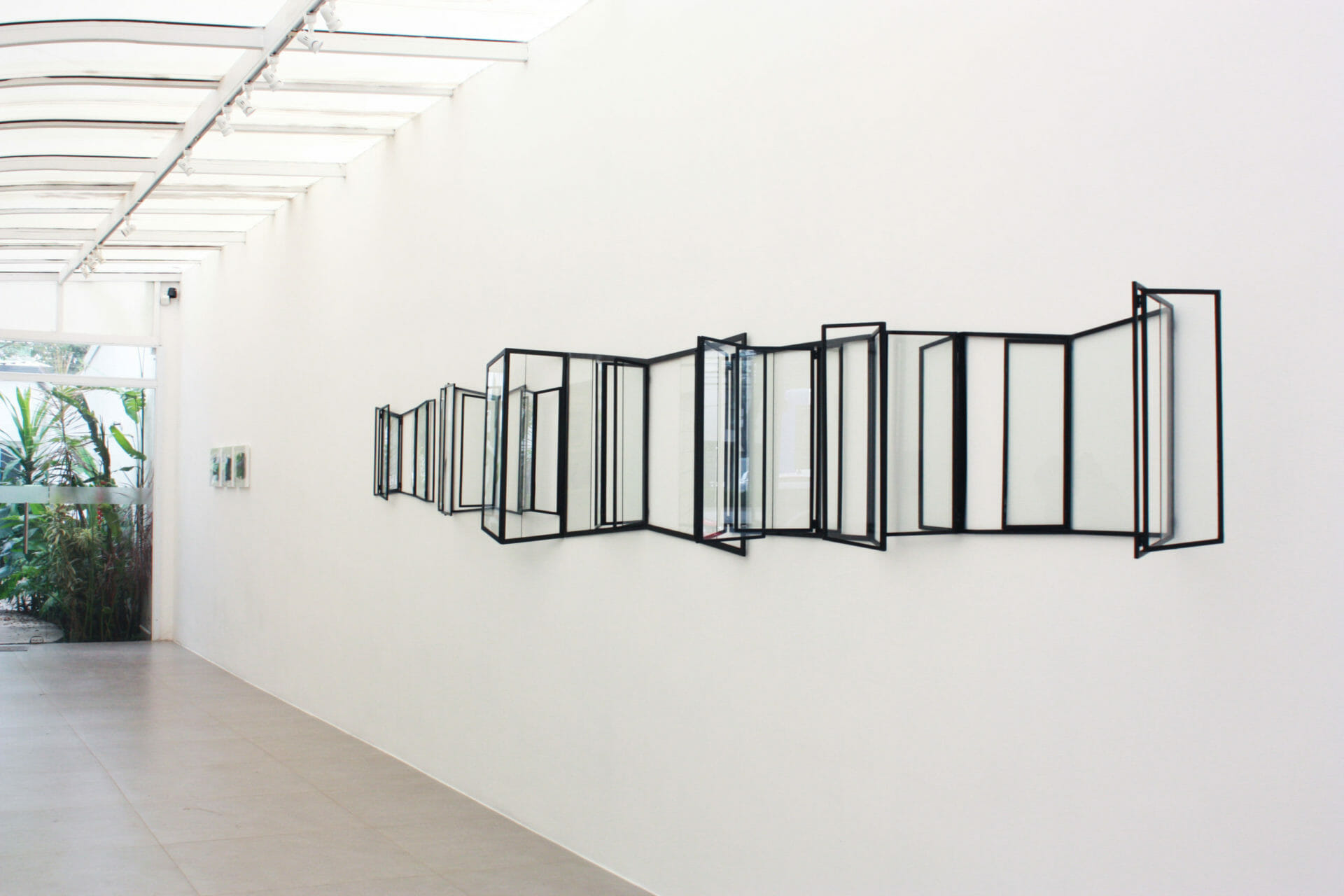 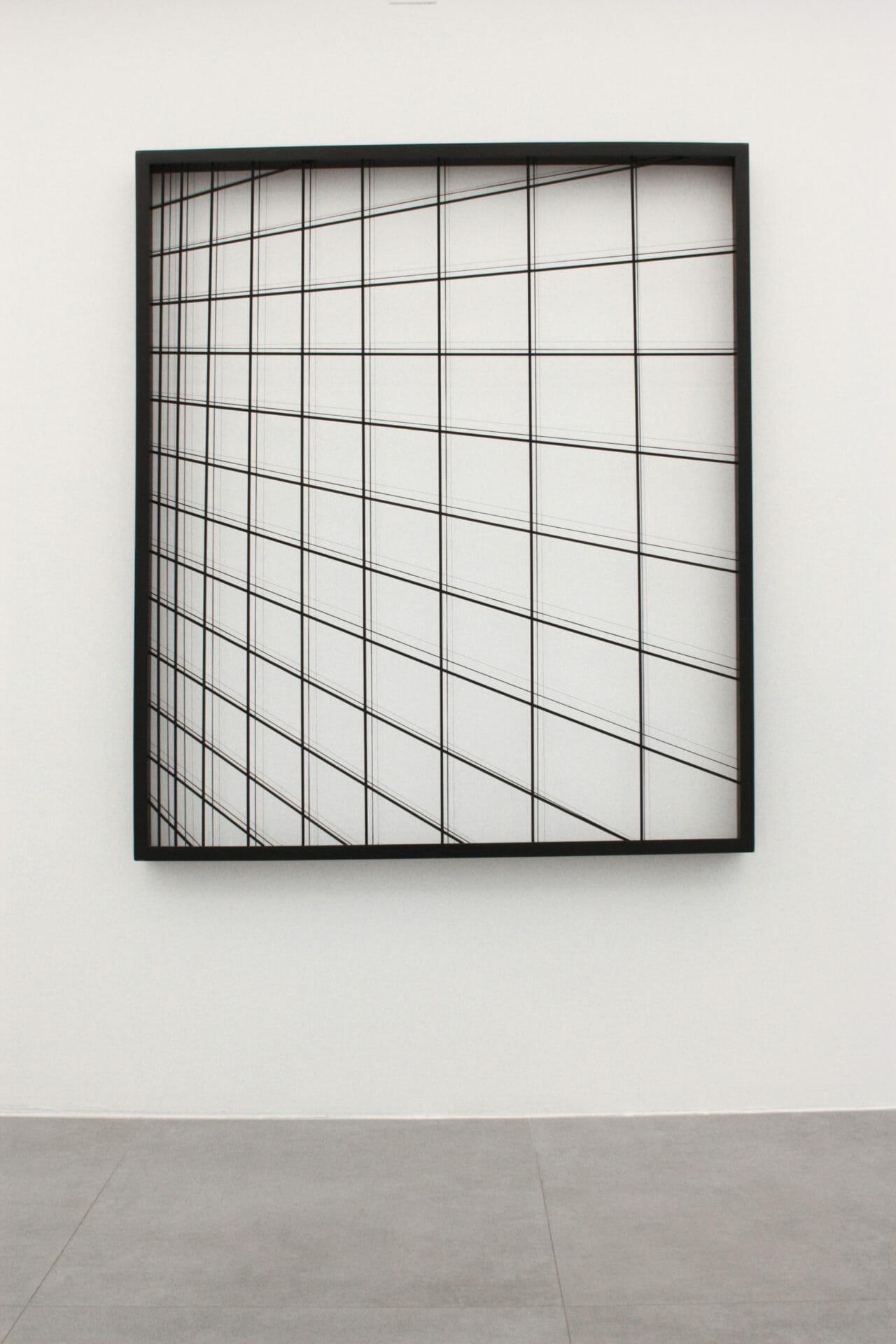 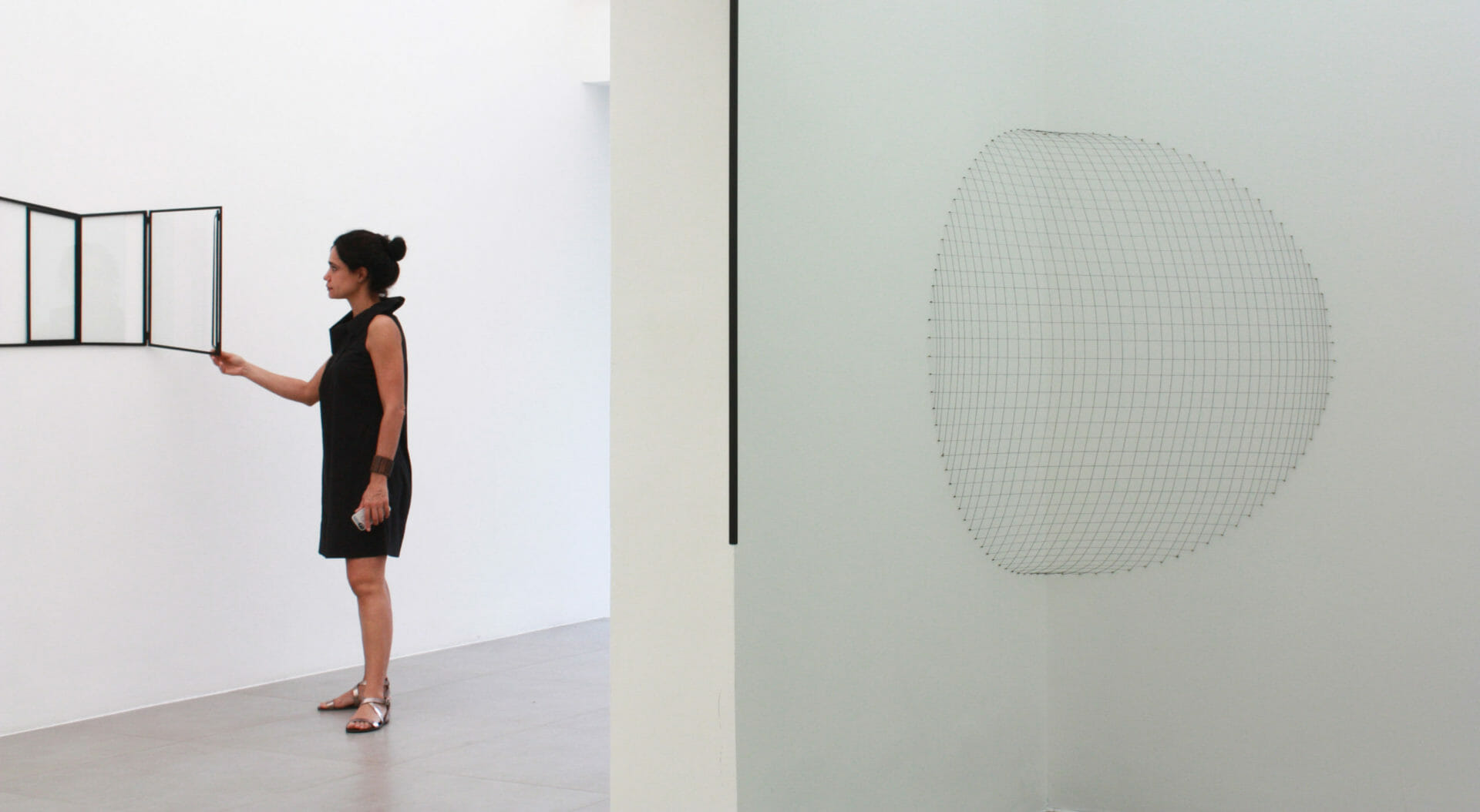 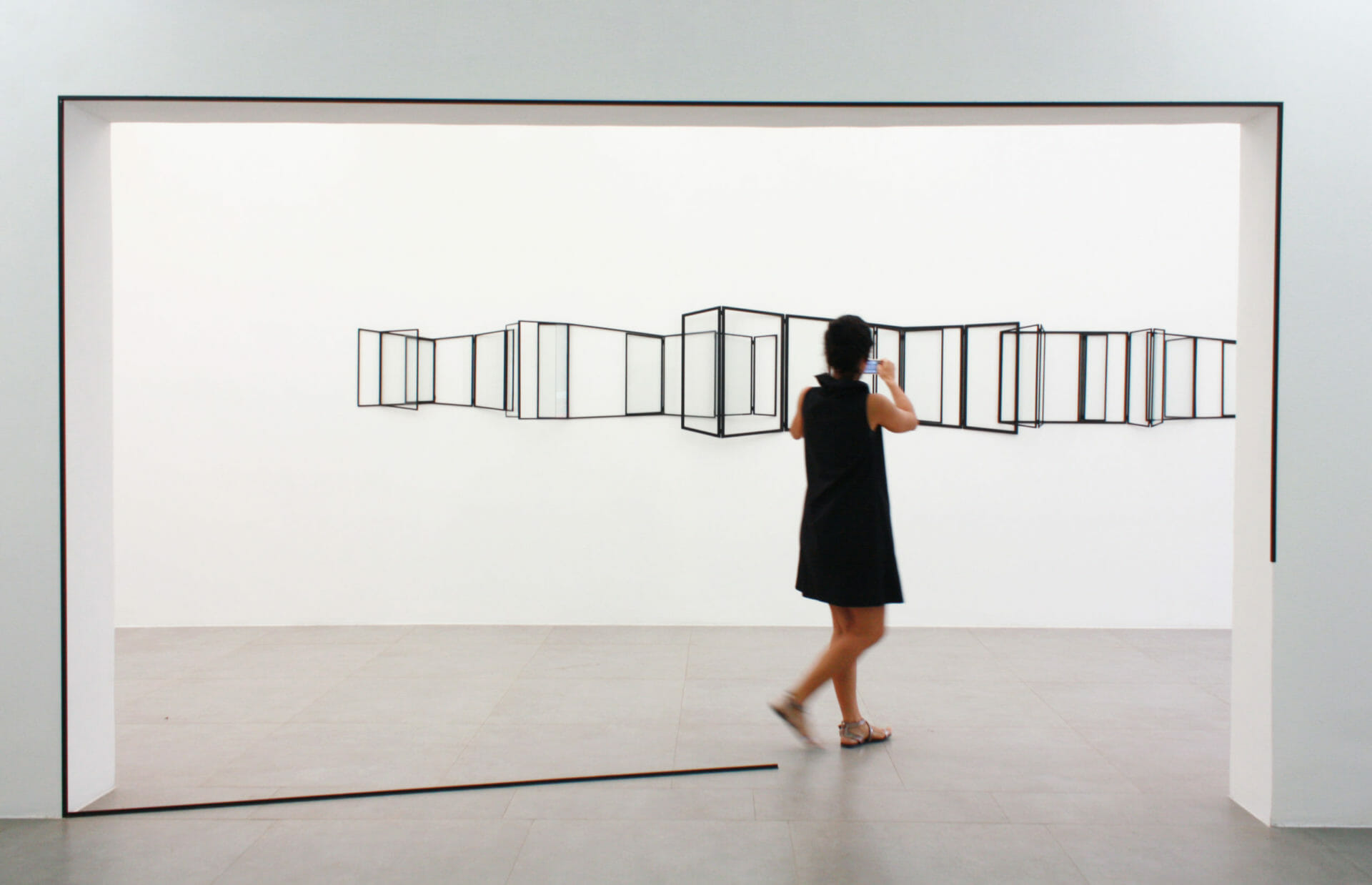