In popular culture, body and spirit do not separate, nor does the human being disconnect from the cosmos, or life from religion. For all the evils that affect body and soul there is always a prayer to heal. Despite time and advances in medicine, the tradition of healers still persists in society. Quebranto , evil eye, espinhela caída whoever goes through the small towns of Brazilian inland regions, at one time or another, will come across some of these names that belong to a magical-religious world, populated by prayers, beliefs, rituals and spells. In other countries or populations, names and symbolisms change, but beliefs persist.

Born in Preaoca, municipality of Cascavél (CE), Luiz Hermano was influenced by these cults and learned about the history of different civilizations, their gods, myths, and rites throughout his journeys. In this exhibition, the artist appropriates these narratives and memories, assimilating this increasingly dense knowledge of the world and reinventing it by his own rules. Landscapes, temples, news, mythologies, cathedrals, and small objects found along the way, they all condense into new artworks. In “Faraó” (Pharaoh), ping-pong balls and painted wire form a kind of sarcophagus. If ancient Egyptians believed that the deceased would need his preserved body so that his ka (spirit) could return and join him again when he returned to life, in Luiz’s work the wire baskets seem to preserve the minutiae or the divine of childhood, playfulness and memories.

The connection with the earth also arises in “Lavoura” (Tillage) and “Gaia”. The goddess, the personification of planet earth and latent of immense generative potentiality, seems to be in harmony until the “Mud Arrival” that swallows the city, turning it into a mining waste field.

In “Heal”, Luiz Hermano brings sculptures and canvases together in an exhibition again after more than 30 years. Besides implying his own reconciliation with the medium (painting), several artworks speak of rituals of transformation and learning. Told through wire wefts, toys, copper wires, kitchen utensils, and a torrent of objects acquired in stores and markets around the world, each narrative is part of the artist’s enchanted universe, revealed in the exhibition space in paintings, installations, or sculptures. 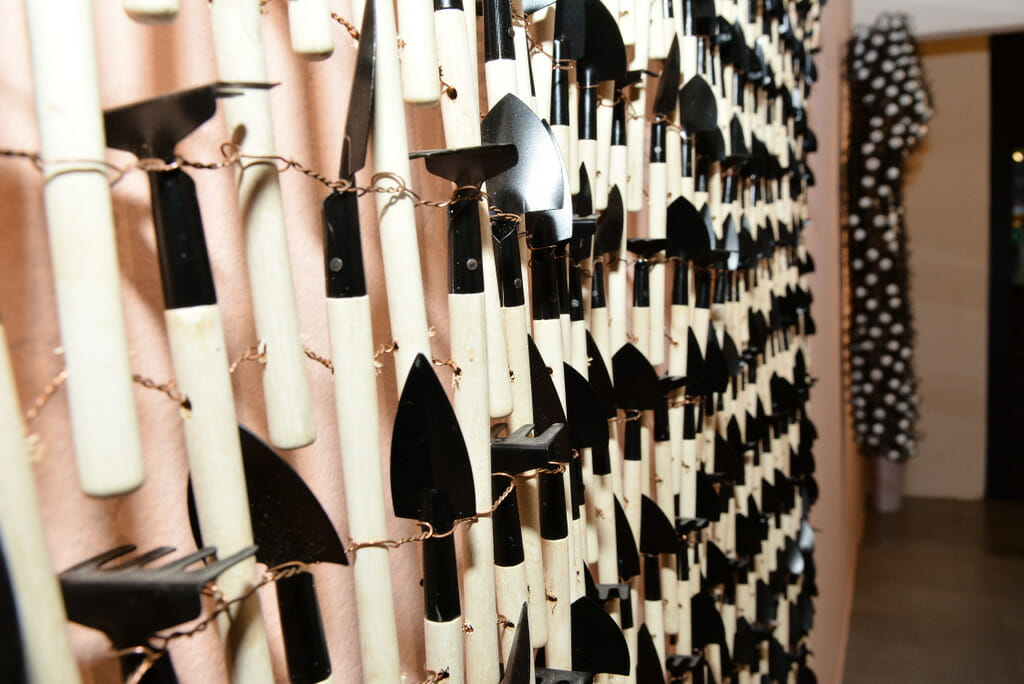 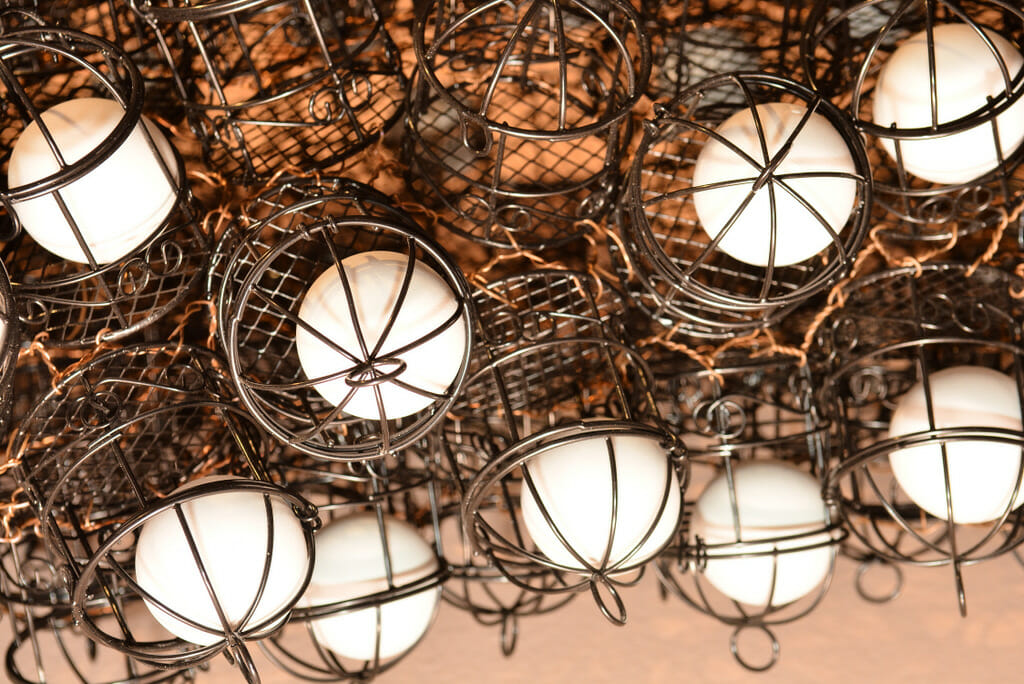 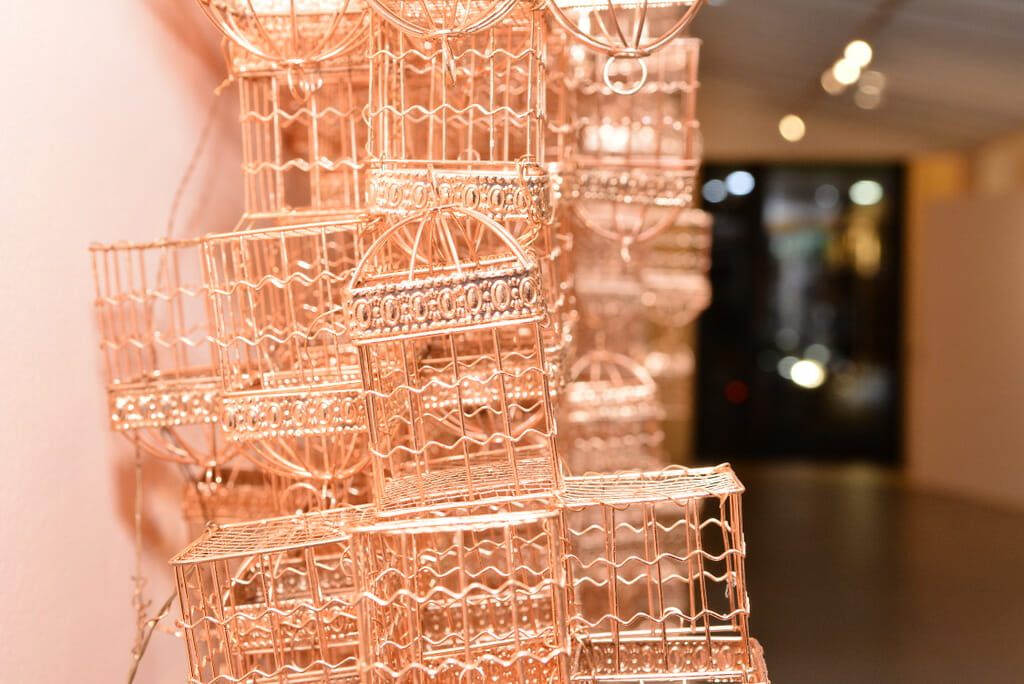 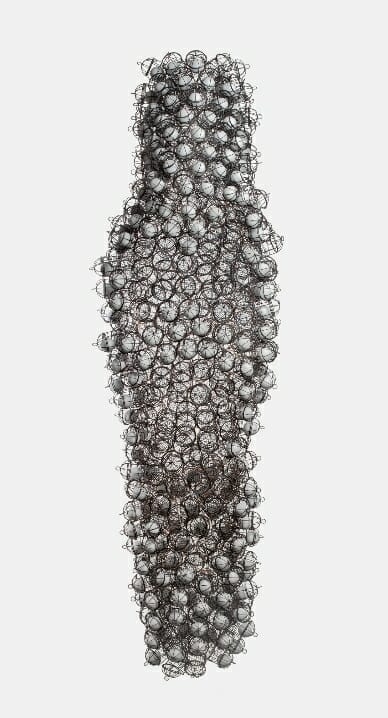 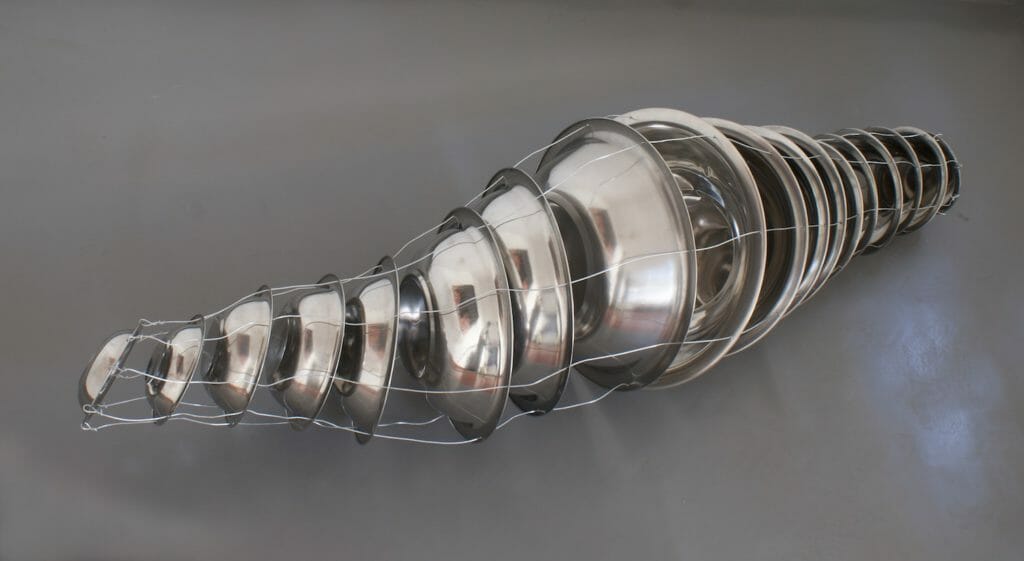 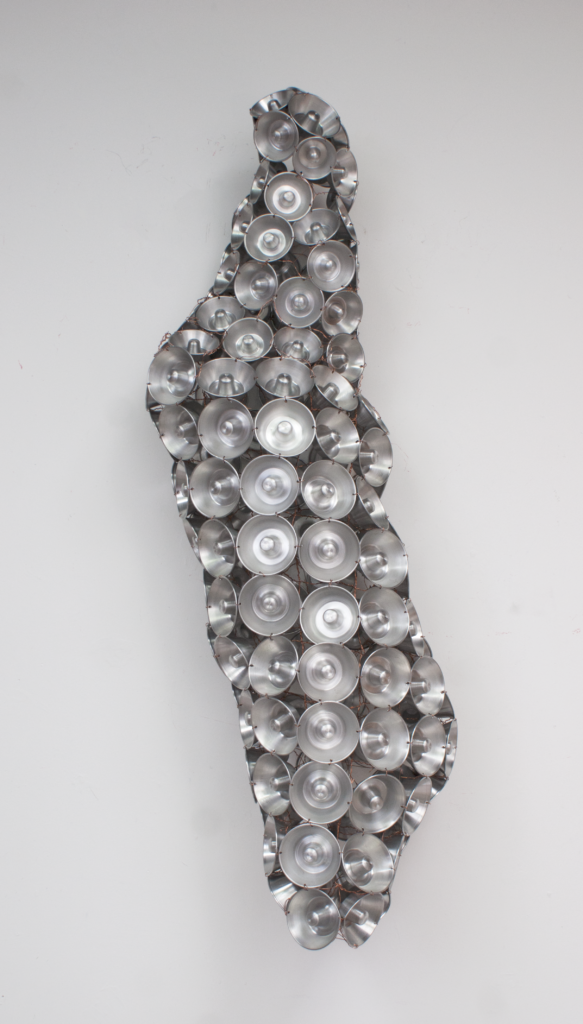 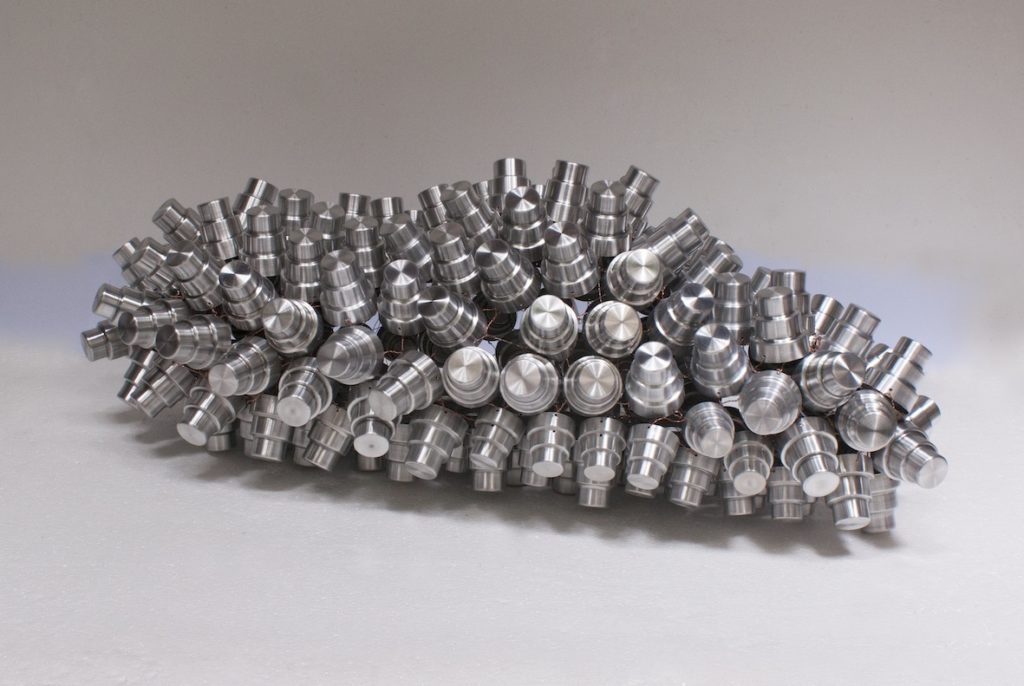 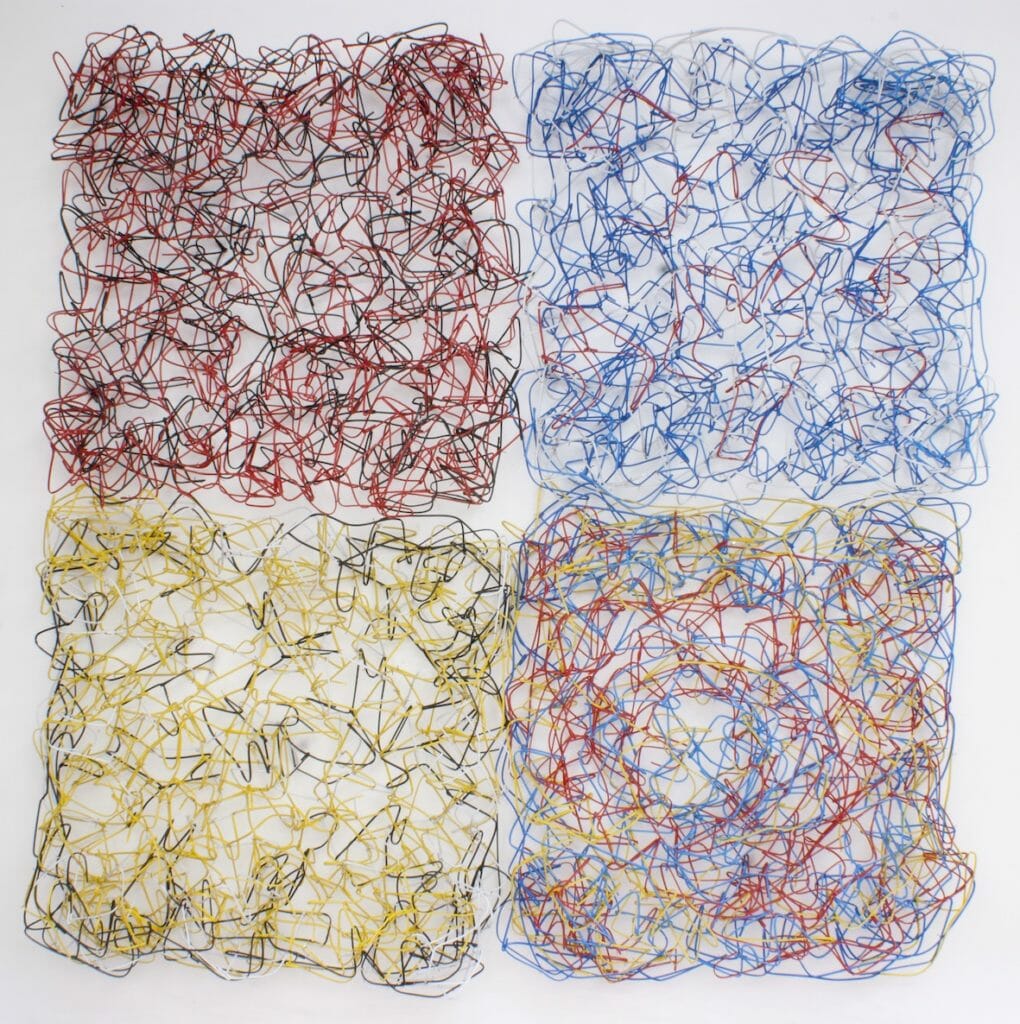 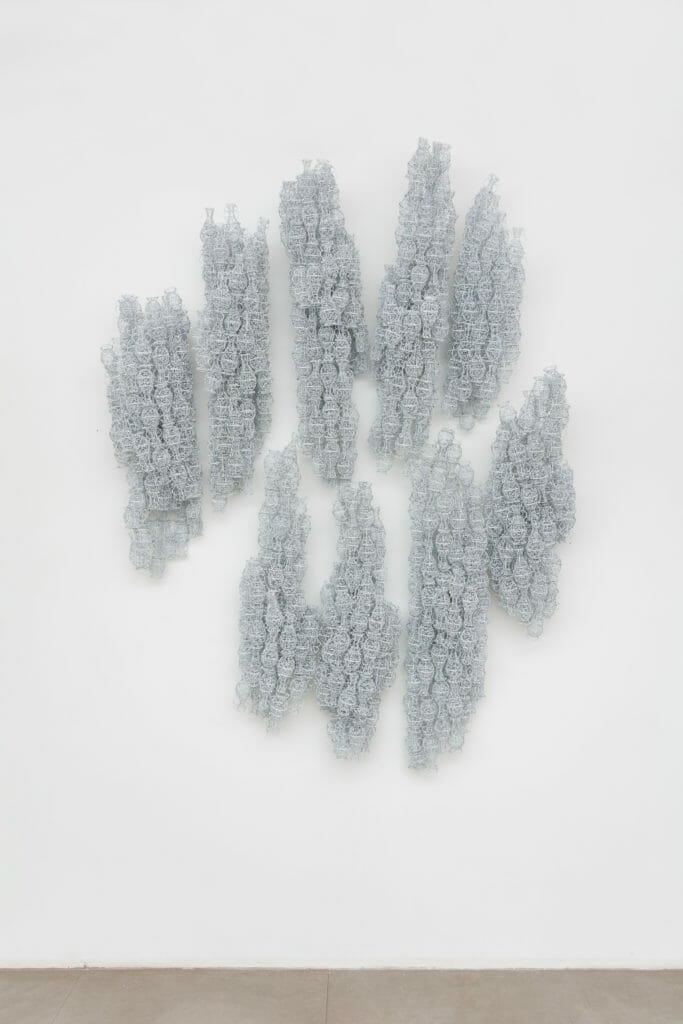 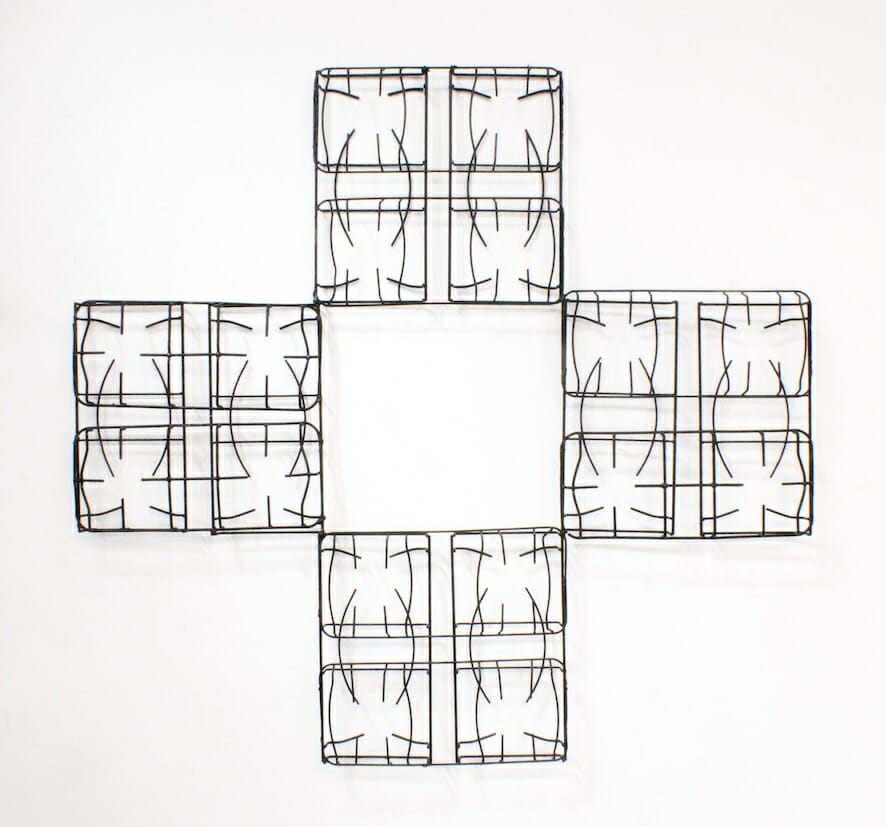 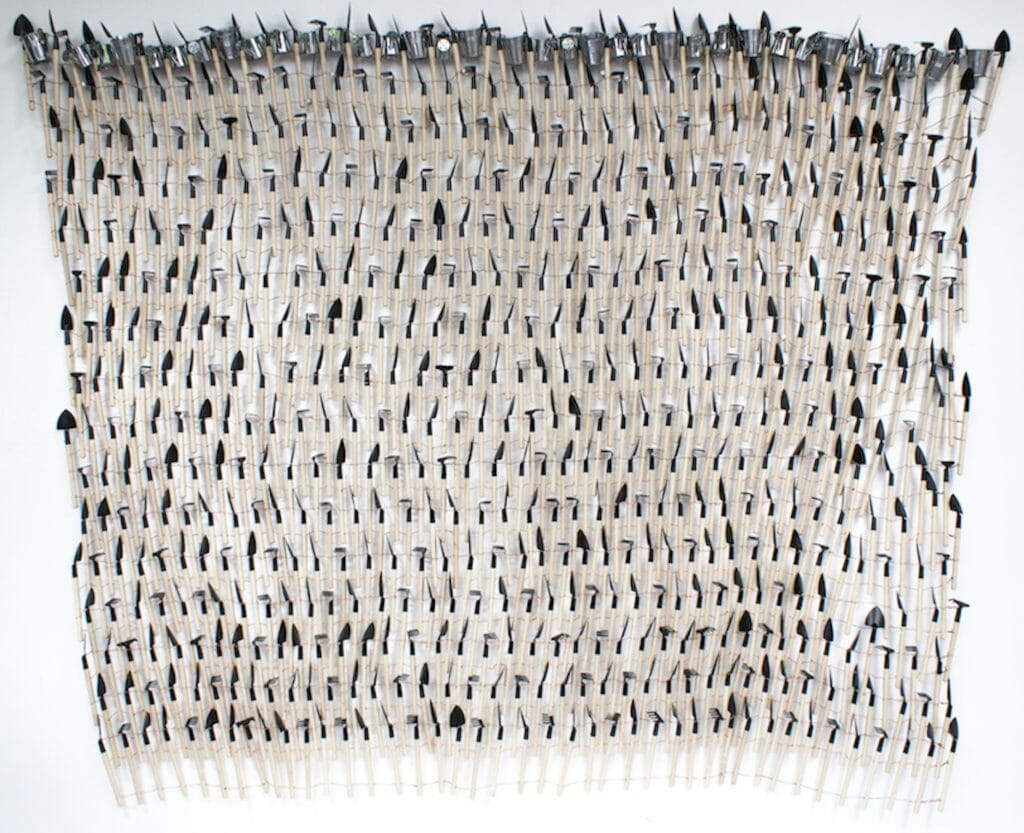 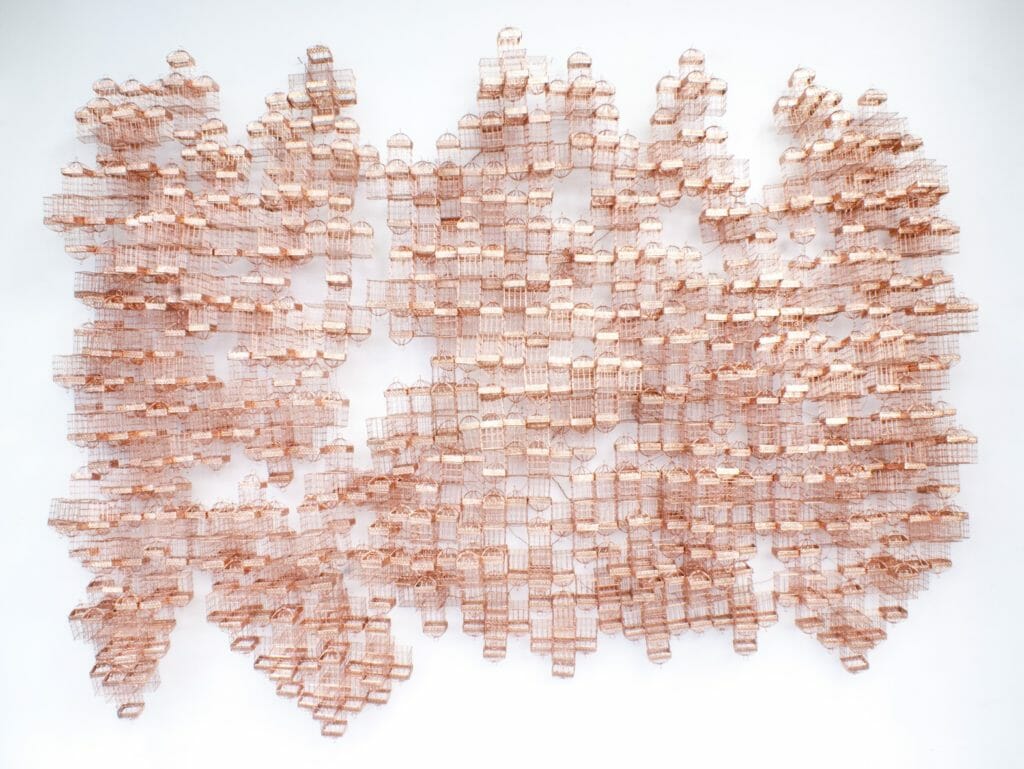 , 2019
Luiz Hermano
Aramado pintado e cobre,
200 x 260 x 30 cm ,
1
https://galerialume.com/en
We use cookies on our website to give you the most relevant experience by remembering your preferences and repeat visits. By clicking “Accept All”, you consent to the use of ALL the cookies. However, you may visit "Cookie Settings" to provide a controlled consent.
Cookie SettingsOk
Manage consent